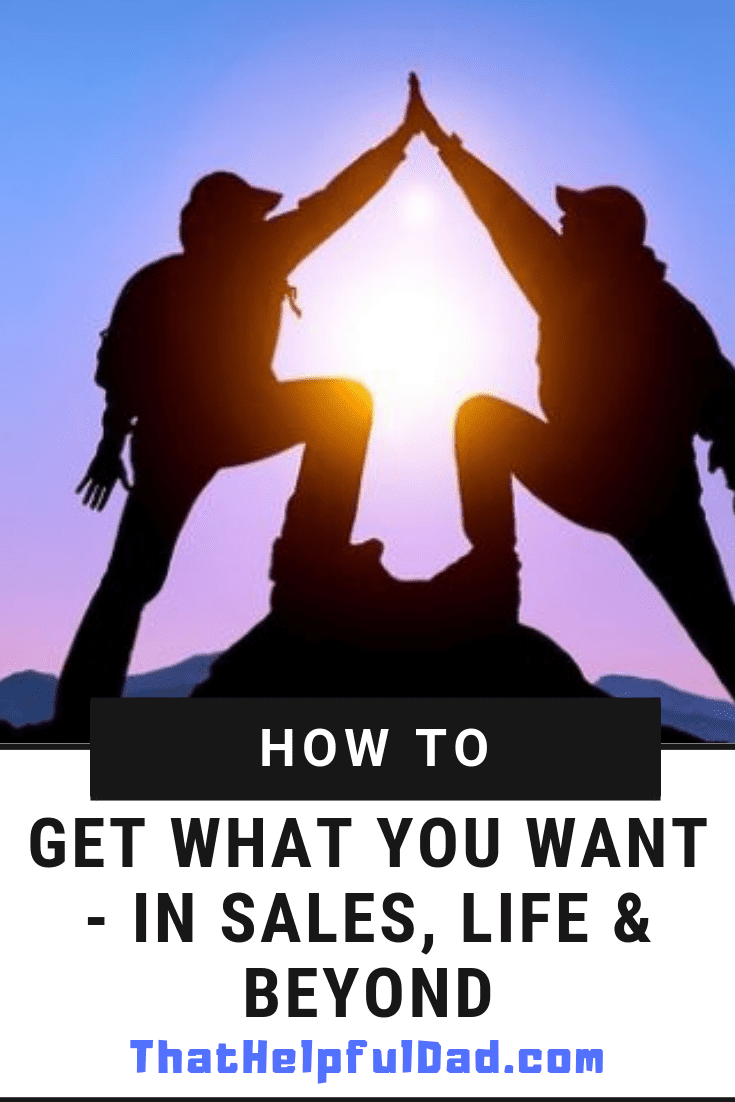 The Power of Persistence

Contents hide
The Power of Persistence
I. How to Get What You Want… in the Dog World
II. Learning How to Be Persistent – From Bella
III. Getting to “Yes” In Sales
IV. Ask – Because Jesus Said So!
Note the common theme in all these stories.
V. The Right Way to Ask
How to Get What You Want – The RIGHT Way
VI. Persistence Over Time
VII. Get What You Want — TODAY
Did you know?
More Wisdom for Life…
13 Tips to Get People to Open Your Emails AND Respond
Three to Thrive – Super Productivity Tips from Tony Robbins and Tim Ferris
Use This Ridiculously Simple Time Management Cheat Sheet and Get Your To-Do List Done!

ASK for what you want and don’t stop asking until you get it!

In this article we’ll discuss tips and strategies you can use to get what you want using examples from Sales, The Bible, and even the world of Dogs! We’ll also talk about the Right way to Ask and the importance of Persistence over time as the key to overcoming seemingly impossible obstacles. Ready? Let’s go!

Editor’s Note: Today’s lesson was inspired by our dog Bella, for reasons that will soon become abundantly clear. Here’s a picture of her.

Note how cute she is, BUT be careful, like many small dogs, Bella has no qualms about using her cuteness as a weapon to control you… 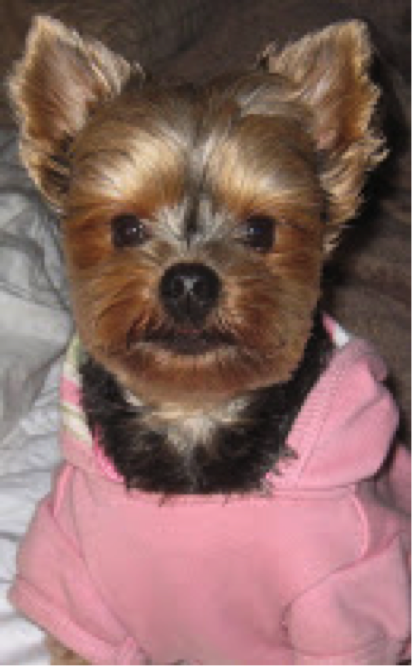 I. How to Get What You Want… in the Dog World

Bella is a Yorkshire Terrier who only weighs about six pounds, yet she rules our household – we call her ‘The Commander” because Bella basically gets whatever she wants.

Now, this is not to say that we just give in to Bella’s commands automatically – quite often we’ll tell her “No.” The problem (for us) is that Bella doesn’t really take “No” for an answer.

Bella understands the Power of Persistence.

In fact Bella is so good at being persistent and continuing to ask for what she wants that I have had no choice but to learn a Life Lesson by watching her over time.

For more than a decade I’ve observed Bella ask, ask, and ask again until she gets whatever it is that she wanted. 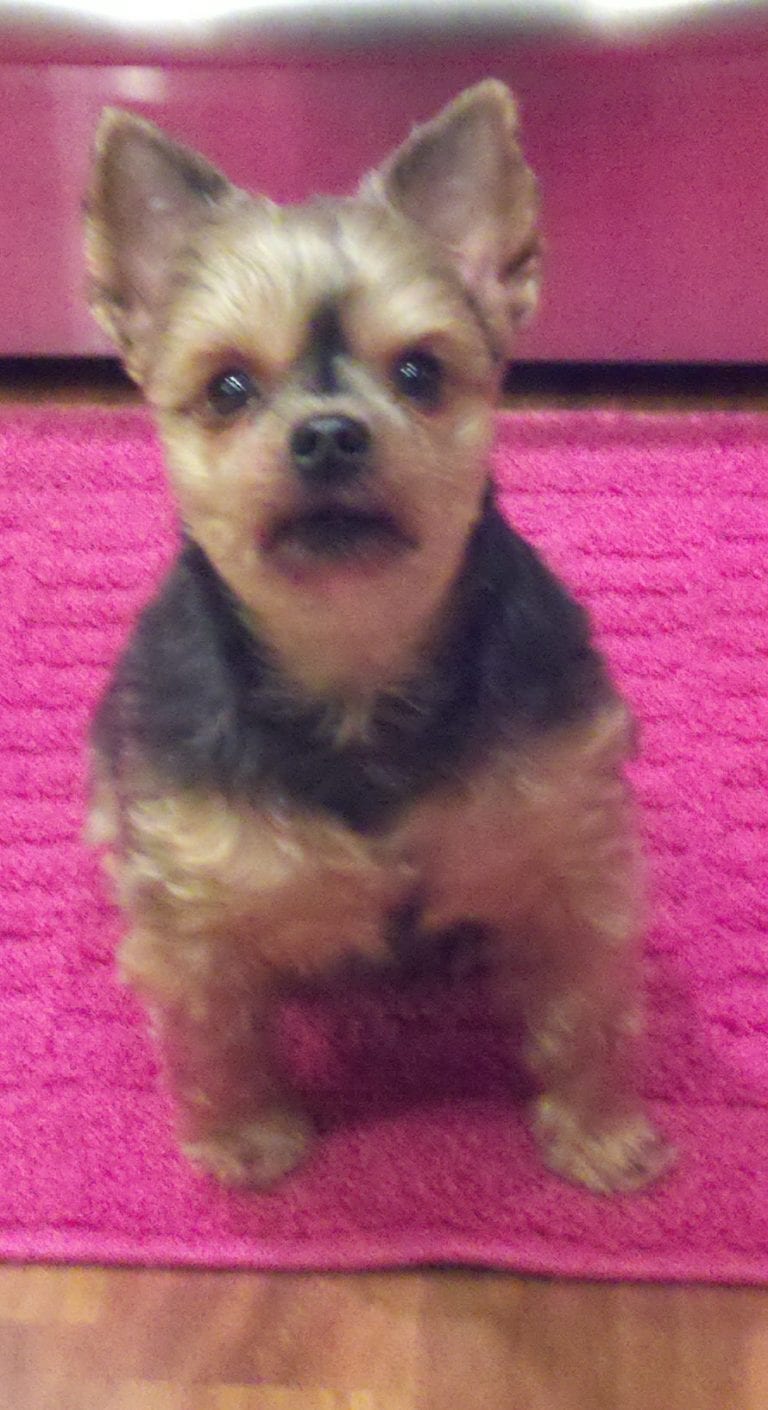 I’ve been so inspired by her that I’ve begun to employ Bella’s tactics in my own life (both at work and at home) – and guess, what, it works!

Now I want to share what I’ve learned about the Power of Persistence from Bella so that you can benefit too.

II. Learning How to Be Persistent – From Bella

As I said before Bella asks for what she wants. Therefore the first step towards getting what you want is opening your mouth and asking for it – after all, if people don’t know what you want because you haven’t told them, then how are they supposed to help you?

KEY POINT: If you have a need, ask for whatever it is you require to aid that need. If you don’t ask, the burden remains with you. 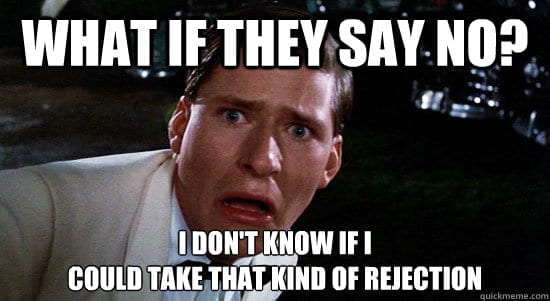 Ah, the dreaded team of ‘If’ and ‘They’ and their terrible weapon ‘No.’ I hate those guys!

Through most of my early life, I ran into the “If” and “They” brothers and out of fear that they might hurt me with their terrible ‘No” weapon I often found myself too afraid to ask.

As a result, I didn’t get a lot of things I may have wanted early on in life. You know what I’m talking about here…

Yes indeed, If and They and the Fear of No made me miss out on all those things – and it sucked!

But eventually, I got tired of missing out and started to ‘ask’ – and lo and behold, it worked!

Not every time mind you (after all I was just a Junior-League Asker back then), but sometimes it did – and hey, even some of the time is better than none of the time, right?

I remember being inspired by two things – the movie Dead Poets Society and a quote from Wayne Gretzky. I’ll link to an article about the movie so you can read about it more there, but in the meantime, here’s the quote from The Great One… 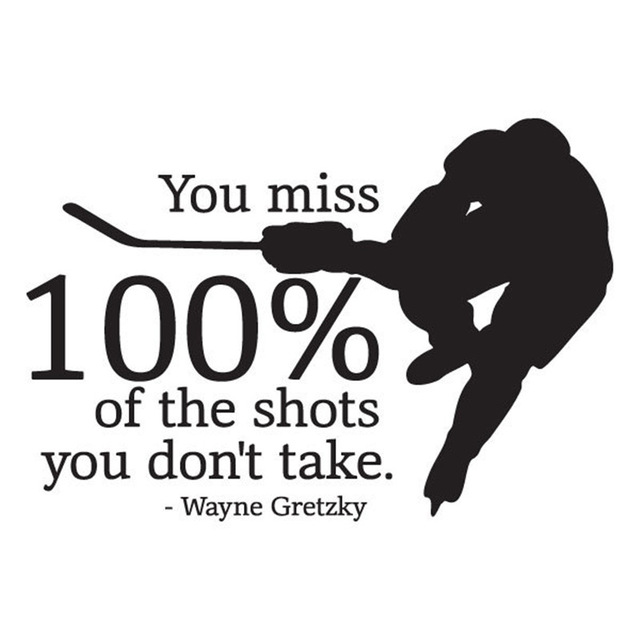 There is power in those words. Read them again…

Or another way to say it for our purposes…

“You will NEVER get what you want if you do NOT ask.”

You’ve got to Ask. Plain and simple.

But what IF THEY say NO?

I’m glad you asked that question…again.

The fact is that during the course of our lives we are all going to be told “NO” many times over. It’s a guarantee as assured as Death and Taxes. You WILL be told ‘no’.’

That doesn’t mean you have to accept the ‘No.”

When we hear the word “No” we can either choose to accept it (which is what most people do) or we can reject it and keep asking for what we want. 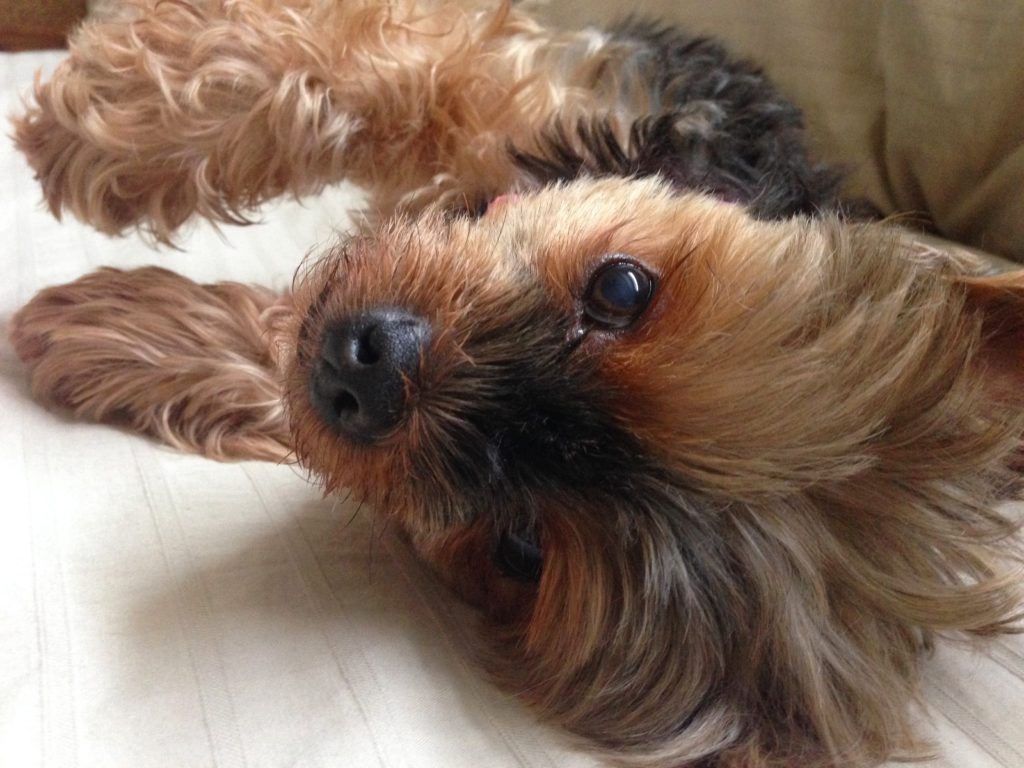 As a result, Bella pretty much eventually always gets whatever she wants. (How can you resist those puppy dog eyes?)

I believe you should consider being more like Bella.

III. Getting to “Yes” In Sales

“There is no such thing as a ‘no sale’ call. A sale is made on every call… Either you sell the client [the product] or he sells you a reason he can’t. Either way, a sale is made, the only question is who is gonna close? You or him?”

Are you gonna let the If and They brothers convince you to ‘buy’ their “No” or are you gonna be persistent and keep asking until you get the “Yes” you want?

You can’t have it both ways…

Which will it be?

IV. Ask – Because Jesus Said So!

I don’t know if you read The Bible or not and I’m not here to preach to you, but there is a lot of wisdom to be found inside this great book; one such example is from The Gospel of Matthew, Chapter 7, in which Jesus instructs his disciples to…

If you really want something, you have to ASK for it and if you get told “No” you have to KEEP ASKING.

Now I’m not going to sit here and tell you that you will always get what you want – the fact is that you probably don’t really NEED everything you are asking for and it’s probably a good thing that you do not get everything you ask for because then you’ll just end up spoiled (and yes Bella is spoiled and that’s not necessarily a good thing either but that’s beside the point!).

But, if there is something that you really want and if this certain something honestly would make your life better, then I recommend that you keep asking for it until you get it.

If it’s that’s important to you, persist until you get what you want – sooner or later you will.

If you’re into The Bible and you’d like to read more examples that illustrate this, check out the following examples of the Power of Persistence:

Note the common theme in all these stories.

V. The Right Way to Ask

Whether you want to apply these tactics in the world of sales or just your everyday life, there’s a right way to go about asking and a wrong way.

How to Get What You Want – The WRONG Way

How to Get What You Want – The RIGHT Way

Identify the person who can help you, but before you ask what you want of them, find out what you can do to help them.

Build a relationship with them (even if it’s just a one-time interaction like a retail sale in a tourist area, you can still build a friendly rapport together and this works wonders on sales success).

When it’s time for you to ask what you want (in this case the sale),  be sure to clearly explain what action you want them to do (buy something) AND also (and here’s the key part) be sure to help your new friend understands what’s in it for them too (for example, in the retail example, if the customer buys the new outfit they will look awesome at their beach party later).

When you practice Win-Win Asking like this, you both benefit because you both WANT to see the ask completed because everybody wins. 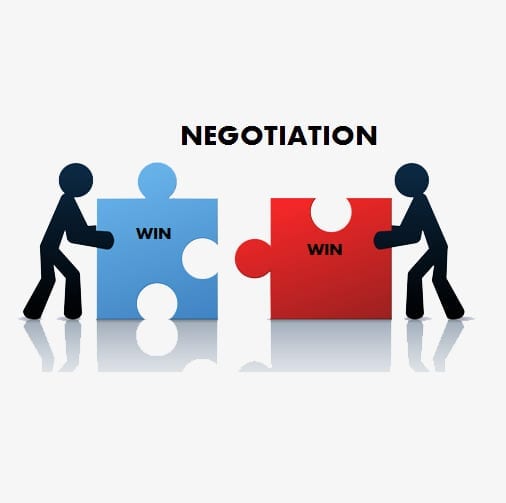 But what if you don’t get what you want right away?

You must be persistent over time.

Always remember this “God’s Delays Are Not God’s Denials” and that applies to what you ask of other people too.

Just because you get told ‘No’ today doesn’t mean you’ll get told “No” tomorrow, or next week, or next year. Life is fluid – it changes over time.

The same goes for people — don’t assume someone will keep saying “No,” just because they said it before.

This is especially critical for those of you in sales like me. Customers mind’s change — as time goes by your customer may be willing to say ‘Yes’ — BUT you’ll never know unless you keep asking.

Consider changing your perspective (remember that life lesson?), and think of it this way…

‘For every NO you get told, you’re now one step closer to getting a YES next time!’

I love reading and learning new tips. Here are some of my favorite books on the topic of sales and influencing people in a positive way…

How To Win Friends and Influence People
Amazon

VII. Get What You Want — TODAY

What’s the bottom line from our lesson today?

You can do this.

Meanwhile, Bella will keep an eye out for you.

(I suggest you follow her advice. Lord knows you don’t want to argue with her!)

Today’s lesson was adapted from a book Jax and I wrote called Diary of a Minecraft Dad. Read it for free here… 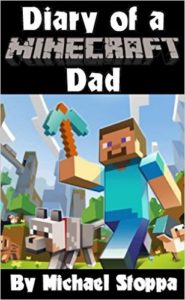 If you enjoyed this article, check out these tips too… 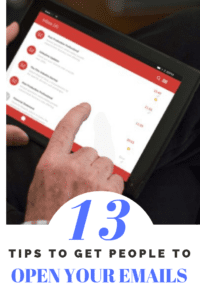 Email is great IF people actually OPEN your emails…
Email is … 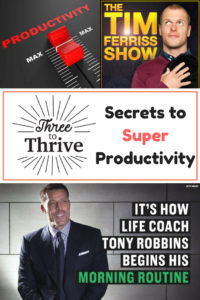 Three to Thrive – Power Thru Your To-Do List!
In the … 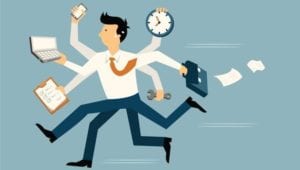 Time Management – It’s a Bear
If time management was easy, …

2 thoughts on “How to Get What You Want in Life, Sales, and even the Dog World?”

Leave a Reply to That Helpful Dad Cancel reply