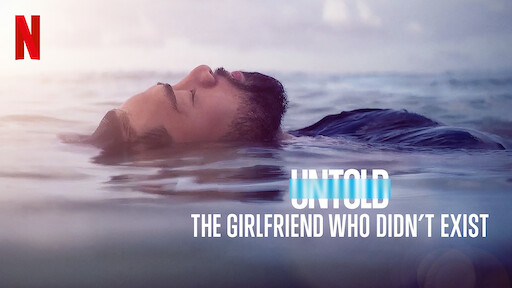 Manti Te’o – when you hear the name you think of one thing – ‘he’s that football player fool who got catfished by another dude.’ But if that’s all you know about him, then you don’t really know Manti Te’o and you’re missing the chance to discover a hero that can inspire us all.

Manti Te’o ’s life is the story of What Might Have Been versus What Is. As an All-American football player, Manti might have led Notre Dame to the 2013 National Championship. As a Can’t Miss prospect, Manti might have been a 1st draft draft pick in the NFL. Given his off the chart talent Manti might have gone on to become an NFL Hall of Fame linebacker and enjoyed a lifetime of rabid fans forever shouting his name. All this and more might have become Manti’s life’s story, yet none of them ended up being Manti’s reality.

As it turned out, Notre Dame got destroyed by Alabama in the 2013 College Football Championship game. While Manti did get drafted by the NFL, it wasn’t until the second round — as a result he lost millions of dollars by his draft status fall. And although he did play in the NFL for eight seasons, his chances of making the Hall of Fame are the same as mine and yours – zero.

And yet, for all the things Manti Te’o might have become but failed to achieve, there is something that he is – and always has been – a HERO that should inspire us.

Everyone knows the catfish story about how another guy duped Manti into an online relationship with a fake female persona back when Manti was at Notre Dame. The story is so outlandish that you probably concluded that either Manti was an evil prick who was part of the hoax or else he was an incredibly stupid fool to let himself get catfished so publically. Either way that story is now old news, so you’ve probably long since written Manti Te’o off as just another loser whose ten minutes of fame have thankfully long since gone away.

But then you watch the Netflix documentary Untold: The Girlfriend Who Didn’t Exist and you realize that you were the fool to think you knew what Manti Te’o was all about, because by dismissing him without a second thought, you’re missing the best part of the story – the part that matters the most – you’re missing the fact that Manti Te’o did become a hero – a hero who can inspire more than just football fans, a hero who can inspire us all.

What makes someone a Hero? We could argue about what the word Hero means, but in the time before words got changed to drive political agendas, most people would probably agree that a hero is someone who faced incredible adversity, who fought through it with persistence instead of giving up, and who ultimately overcame their challenge in a way that inspires others. If that hero can display bravery and a selfless compassion for others all the better.  I believe that if you take the time to learn the rest of his story, you will see that Manti Te’o IS a hero – he’s always been a hero – and we can all learn something from him.

That Mant Te’o was a hero growing up in Hawaii and later at Notre Dame is without question – his laundry list of accomplishments on the football field and volunteer work in the community would make any parent proud to call him ‘son.’ By his senior year at Notre Dame he was beloved by fans everywhere, and with his entire adult life still before him it appeared that the world was his oyster – fortune and glory was within reach – but then he got catfished and everything changed. .

What really happened with the catfish situation? When you examine the facts, it seems likely that Manti Te’o was a naive kid with a good heart who got caught up in a web of lies by another person that Manti should never have trusted. Had Manti not been famous, the catfish scenario probably would not have devolved into the mess it became, but unfortunately for him, Manti’s success at the time attracted a media circus that propelled the story into everyone’s daily news feed. When Manti finally realized there was a problem with the girlfriend who never was, it was too late – he was too young and ill equipped to stop the media machine that was actively feeding off his never-before-seen story.

Manti describes the events of that time like a ‘Tidal Wave that swept his life away’ – he became trapped into riding that wave, hoping it would end, yet powerless to stop it. Events spiraled out of control despite his best efforts. Manti’s life was just getting started and he was on the verge of superstardom when the catfish incident derailed not just his NFL career, but his entire life, and that of those around him. The amazing life story that might have been for Manti, and probably should have been — suddenly never was.

Manti tried to pursue his football dreams – yet he couldn’t escape his public shame. Playing in the NFL kept him in the spotlight, and with the power of 24/7 social media, Manti remained the butt of countless cruel memes, the punchline of comedians’ jokes, and he suffered constant abuse from former fans whenever he took the field. Even when the rest of us eventually laughed the story away, Manti was forced to deal with the aftereffects of it in the years that followed – not just what it did to him personally, but also how it affected his family. The abuse was surely crushing.

By all accounts Manti Te’o should have been destroyed by the public ridicule he took – a lesser man would have killed himself many times over during that long ordeal. Watching the documentary and seeing the classy way Manti Te’o carries himself is both heartbreaking and inspiring. I see Manti’s tears and I want to cry for him – for all the pain he had to endure and for all that he lost in life. The process should have torn him apart. I’m sure it did. Yet like any true hero, Manti Te’o did not give up – facing adversity beyond his strength, Manti says he fell back to what he knew was his foundation – his family and his faith.

That he was able to survive such a tidal wave of adversity is perhaps a one in a million chance. That he was able to eventually thrive is a testament to his courage and character. Manti not only weathered the storms but became stronger for it. Perhaps this is because Manti didn’t seek revenge against his abuser, but instead Manti’s faith gave him the strength to somehow forgive the person who so cruelly took advantage of him.

The Netflix documentary delves deep into the alleged motives of the person behind the catfishing incident – a (now) transgender individual named Roniah. Regardless of Roniah’s reasons for stringing Manti along, the fact is that Roniah ruined Manti Te’o’s life – or at least the life that ‘might have been.’ As described in the documentary, Roniah preyed upon Manti Te’o’s innocence and his catfishing of Manti led to Manti’s NFL draft status fall – costing Manti and his family untold millions of dollars in lost contract money (and possibly even more in lost endorsement deals). And yet, somehow, Manti still had the compassion to forgive his abuser for his/her sins. It takes a true hero to display that kind of compassion.

Like Manti, all of us live through the ‘seasons’ of life – the carefree spring, the joyful summer, the rest period of fall, and the sadness of winter. Manti was in the springtime of his life when he got catfished – he was young, healthy, and had unlimited potential. Manti’s summer season should have been one of money, fame, and the easy life of a surefire NFL star. Given his magnetic personality, Manti’s ‘autumn’ of life would probably have seen his post-NFL career move into broadcasting and/or church leadership. But that’s not what happened – Roniah’s cruel catfishing propelled the young Manti from that wonderful spring directly into a dark winter – a winter that should have destroyed him – and that should have been the end of Manti Te’o.

Yet wisdom tells us ‘There is no winter that lasts forever; the spring will always come’ and that’s true for Manti Te’o too.  Fot it seems the end of our story is instead a new beginning – as it turns out Manti finally found the summer of life he missed out on so long ago. Oh, he never did become a football superstar – instead Manti became something more: a happily married husband, a loving father, and someone who showed us that, no matter how big the storm, there is always a path back to happiness. By forgiving his abuser and persevering, Manti Te’o has become a hero not just in the NFL, but for the world.