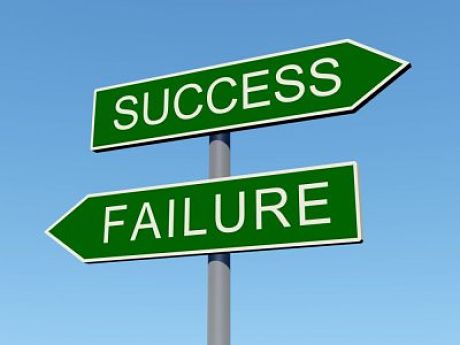 Life Lesson #7: Do Not Be Afraid to Fail

This life lesson was inspired by Thomas Edison, who said, “I failed my way to success.”

What this means to YOU…

There may not be a more important life lesson than this one. Accept that fact that you will fail in life – many, many times — but so long as you do not let failure stop you from continuing to try to achieve your goal, then failure does not have to be something you fear. In fact, if you change your perspective (another tip we’ll talk about soon), you might realize that failure can actually be a good thing. Huh? It’s true – failure can indeed be a good thing IF you recognize the fact that failure can bring you one step closer to your goal.

Let’s look at some examples…

I’m guessing you’ve heard of people like Thomas Edison, Henry Ford, Ben Franklin, and Donald Trump. And I’m pretty sure if you paid any attention in school that your teachers have told you that these famous people and many other likes them have one thing in common — they all failed — many times over — before they achieved their goals. It’s said that Thomas Edison failed over 1,000 time before he invented the light bulb. Henry Ford and Donald Trump (some of the richest men in the world) both went bankrupt numerous times – yet still continued to build their wealth. Ben Franklin had one of the best perspectives about failure when he said, “I didn’t fail the test, I just found 100 ways to NOT do it right.” And there are more examples of famous people who failed again and again than I could ever list for you.

But there is one thing you need to understand — none of them achieved their goals on the first try. For most it took many, many attempts to realize their dreams. Luckily for them (and the world), these people did not let a fear of failure stop them. Instead they learned from their failures and kept trying. And that’s what you should do too. Never let fear of failure stop you from trying. But don’t take my word for it, consider the words of a few other over-achievers…

There are just too many good quotes to overlook here and they tell the story much better than I ever could. Consider the following..

“It’s hard to fail, but it worse never to have tried.” Teddy Roosevelt

“Our greatest glory is not in never failing, it is rising every time we fall.” Confucius

“Never let fear of striking out get in your way.” Babe Ruth

There’s probably a million more great quotes you can find about this subject, but hopefully you get the idea. If you are an athlete, take note of the following:

1. Babe Ruth is a home run king — but he is also a strike out king too. Failure didn’t stop him. And the fact is that in baseball, if you only hit the ball 30% of the time and you consistently averaged that 70% failure rate, you’d still likely end of in the Hall of Fame as one of the game’s best hitters ever.

2. Everyone knows Michael Jordon is famous for being Mr. Clutch because he loved to take the last second shot to win the game. But MJ himself will tell you that he’s missed more game winning shots than he’s ever made. Even still, fear of missing didn’t stop him from continuing to try to win. Same goes for LeBron, Kobe, Reggie Miller, Byrd, Magic, and the other great ones.

3. Deion Sanders is perhaps the greatest cornerback in NFL history – but he didn’t stop every pass thrown his way. He just had a poor memory of his failures and instead focused on his successes. Same for the QB who throws a bad interception or the linebacker who misses the tackle and gives up a touchdown. You learn from it and move on.

And that’s what you should do too. Never let fear of failure stop you. Accept the fact that you will fail and vow to learn from it. If you do that consistently in life you will achieve your dreams!

Don’t Wait, Use This Wisdom Today…

Ask yourself – what is one thing that I am letting Fear of Failure stop me from doing today? Once you realize what it is, then understand that you’ll NEVER accomplish that goal unless you try again so stop reading and TAKE ACTION on your goal NOW.

1 thought on “Fail Your Way to Success”