OK, so Star Wars The Last Jedi wasn’t all that good. Hey, it’s happened before, and it will happen again. Need I remind you of such infamous sequels as Rocky V, Terminator 3: Rise of the Machines, and Prometheus (Alien), among others? These please-let-me-forget-what-I-just-saw films are often despised by loyal fans of said franchises. And while the Star Wars brand already had at least one film on this list (1), the immediate fan backlash over Star Wars The Last Jedi (TLJ) has ignited a firestorm that will surely burn for years to come. The question is why? In this article I’m going to give you 15 reasons why I believe TLJ is indeed the worst of the Star Wars films. But rather than just complain, I challenged myself to also come up with 1 reason why it isn’t – after all, this blog is about finding wisdom (often in the most unlikely of places) and TLJ certainly meets the definition of ‘unlikely place to find wisdom!’

Before We Begin – Who Am I?

I am nobody of importance — which, according to TLJ, makes me amazingly similar to Rey (2). Does that qualify me to talk about Star Wars? Clearly not. I’m not a professional movie critic, I can’t tell you why TLJ should/not win an Oscar for Cinematography, and I don’t have a clue why the Rotten Tomatoes website scores between critics and fans are so polar opposite (3) – nor do I really care. The fact is that I’m just an Average Joe (husband, father, worker bee) who was born in 1971 and grew up with Star Wars – which is to say you can probably trust me more than the Hollywood in-crowd who have a vested interest in trying to influence you why TLJ is so great. Like you, I know what I like about the franchise and what I don’t, so for me it’s just about common sense – if something looks like a duck, moves like a duck, and quacks like a duck, it’s a duck. TLJ is that duck.

As a way of level setting with you, here is my rank of Star Wars films:

I provided this list so you can get a better perspective of where I stand. Either it will give me credibility with you (4) or you’ll think I’ll totally insane (5).

Now that we have all that out of the way, let’s get started…

15 Reasons why TLJ is the WORST of the SW Films

OK, I said my piece. That felt good. At least I got those things off my chest. Now I can let it go and move on. Now we can look for the lesson in all this. We can look for something good. Some form of wisdom. Thankfully there IS something from TLJ that is good.

1 Reason Why TLJ is NOT the Worst Star Wars Movie

I love Yoda so much that, with a bit of effort, you could probably convince me that TLJ wasn’t all bad. It certainly wasn’t a great movie and, so long as I am alive, I’m 100% certain to watch the next installment of the franchise. I’m sure you are too. That’s the thing about Star Wars – no matter how bad they are, we’ll always hold out hope that the one will be better.

Heck, I might even go back and watch TLJ again. I’ve thought of the perfect way for me to get through another sitting… 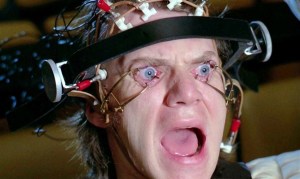 What do you think? Want to watch it with me again?